A series of thought provoking articles to inspure us to live elevated.

We have several laws, or rather general thoughts that govern our experiences. Some are quite popular like, The Law of Gravity which speaks to the fact that what goes up will come down, and the Law of Attraction which generally speaks to the experience that what you think about, you bring about.

Other laws exist that are not so common or popularized like Gestalt’s Law of Perception which speaks to our ability to create an entire picture from a part, or rather the way that our minds will fill in missing information to create cohesive shapes.

I submit that there are truths regardless of whether we perceive them or not. Our perception rests on our choosing whether we want to see it, believe it, or know it.

I choose to believe (most of the time, lol) that my brothers and sisters help me to have a great and satisfying experience with them and thus I generally enjoy life on this side of heaven. I also believe that the role I give to them is also given to me because each of us has the power to choose.

During a time when I was leasing space for my practice, my landlord began holding my lease payments. After a few months, I decided to contact their attorney to get an explanation. Unfortunately at the time, I believed my landlords were harassing me and trying to force me to relocate my practice because they had someone willing to pay a higher fee for the space that I occupied.

I was quite surprised to learn that my landlords believed that I was refusing to pay my obligation and were preparing to evict me!

Their attorney explained that my landlords had been out of the country and that he hadn’t received our lease payments. Their son had failed to check their PO Box and deliver the checks to the attorney and was simply keeping the mail until his parents returned.

I chose to believe the worst of my brothers and sister at that time and they had done the same to me. 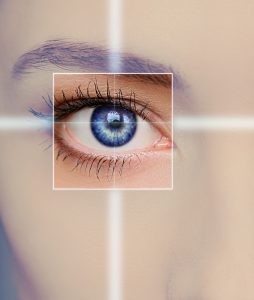 Yet when faced with the complete picture, I could continue to believe that I was being unfairly treated and attack my landlords, or believe that a mistake occurred and forgive my landlords.

I chose the latter and not only am I able to look back on the situation and laugh, I am also able to genuinely relate with compassionate concern to my former landlords and their family. All of us increased our understanding and empathy towards each other.

What do I want?

I want to serve my patients in a peaceful environment and never worry about the viability of my practice.

One of my spiritual teachers encourages us to, “Let all your brother’s errors be to you nothing except a chance for you to see the workings of God, given you to see the world He made instead of the one you imagined.”

For more inspiration, please join the Elevated Living community on Facebook. Or visit Elevated Eyecare on the web www.ElevatedEyecare.org